Marr recognizes in Emerson's philosophy of "idealized privatism'' the roots of a 150-year-old American literary tradition that, by encouraging flight from the public world into the private self, has ... Přečíst celou recenzi

David Marr was born on July 14, 1947 in Sydney, Australia. He has a Bachelor of Arts degree and a Bachelor of Law degree from the University of Sydney. He began his career as an article clerk for the law firm. Later he was admitted as a barrister and solicitor. His career in journalism began at ABC TV as a reporter for Four Corners (1985, 1990-1991). He won a Walkley Award for his work on the program. His other programs for ABC included Media Watch and Insiders. Currently he writes for The Montly, The Staurday Paper and Guardian Australia. He is the author of over ten books. His first books were Barwick, Allen & Unwin (1980), The Ivanov Trail, Nelson (1984) and Patrick White: A Life (1991). His more recent work includes Power Trip: The Political Journey of Kevin Rudd (2010), Panic (2011), Political Animal: The Making of Tony Abbott (2012), The Prince: Faith, Abuse and George Pell (2013), and Faction Man: Bill Shortens Path to Power (2015). His awards include the Liberty Victoria Voltaire Award (2012), Alfred Deakin Prize for an Essay Advancing Public Debate, for 'Do Not Disturb: Is the Media Asleep?', Victoria Premier's Literary Awards (2006), and Walkley Awards (1991 and 1985). 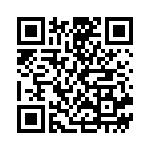