Margo Culley is professor of English at U-Massachusetts, Amherst. Her five books include A Day at a Time: Diary Literature of American Women and the Norton edition of Kate Chopin's The Awakening. 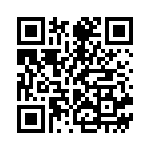