Marge Piercy is the author of the memoir Sleeping with Cats and fifteen novels, including Three Women and Woman on the Edge of Time, as well as sixteen books of poetry, including Colors Passing Through Us, The Art of Blessing the Day, and Circles on the Water. She lives on Cape Cod, with her husband, Ira Wood, the novelist and publisher of Leapfrog Press.

Hannah Senesh -- poet, Israel's national heroine, inspiration to Jewish adults and children worldwide, subject of a major motion picture, and featured in Senator John McCain's Why Courage Matters -- is remembered as a poet and a martyr. Safe in Palestine during World War II, she volunteered for a mission to help rescue Jews in her native Hungary. She was captured by the Nazis, stood up to imprisonment and torture, and was executed at the age of twenty-three. 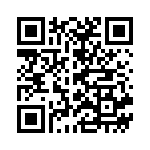