Strana 112
With regard to Iroquois influence on the U.S. Constitution and structure of the
corresponding republic, see Grinde, Donald A. Jr., The Iroquois in the Foundingo
) 'the American Nation, Indian Historian Press, San Francisco, 1977; Johansen, ...
Strana 159
A "compromise" was then implemented in which the state flooded "only" 560
acres, or about one-eighth of the remaining Tuscarora land.118 By the early
1960s, it had become apparent that the Iroquois, because their territory fell "
within the ...
Strana 184
See Hauptman, Laurence M, "The Historical Background to the Present-Day
Seneca Nation-Salamanca Lease Controversy," in Iroquois Land Claims, op. cit.,
pp. 101-22. Also see Merrill, Arch, "The Salamanca Lease Settlement," American
... 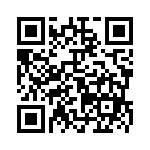