Strana 102
the birth and death rates prevailing in that year were to remain unchanged , and if
no migration were to take place to or from the area to which the figures relate , its
population would increase annually by 10.9 per 1,000 , or by nearly 1.1 per ...
Strana 107
more deaths annually than any other form of bodily illness except heart diseases
, and about 46 per cent . more than all ... The death rate from this disease , like
that from tuberculosis , has shown a marked decline since 1900 , when it was ...
Strana 407
Deaths from cancer and other malignant tumors , with statement of diagnosis , at
specified ages , by sex and color , for the ... Death rates per 100,000 population
from cancer and other malignant tumors , classified according to the part of the ... 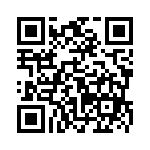