Janine Fries-Knoblach studied prehistory, ancient history, classical and provincial-Roman archaology in Munich and Oxford and worked for heritage authorities and as a lecturer at the universities of Erlangen, Würzburg, and Freiburg. She spent much time editing and translating and was project coordinator of BEFIM at Ludwig-Maximilians-University (LMU) Munich from 2016-2018. Her research focuses on technical aspects (agriculture, metalworking, textiles, salt production, architecture) and human handedness. She published monographs on pre- and protohistoric agricultural technique on the British Isles and the Continent, on tools, methods, and significance of Iron Age salt production in Central and North-Western Europe and on the Celts, and many papers.

JOHN HINES is Professor of Archaeology at Cardiff University. 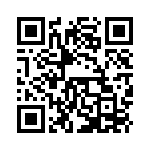