James J. Heckman is the Henry Schultz Distinguished Service Professor of Economics at The University of Chicago. His recent research deals with such issues as evaluation of social programs, econometric models of discrete choice and longitudinal data, the economics of the labor market, and alternative models of the distribution of income. Professor Heckman has received numerous awards for his work, including the John Bates Clark Award of the American Economic Association in 1983, the 2000 Nobel Memorial Prize in Economic Sciences (with Daniel McFadden), the 2005 Jacob Mincer Award for Lifetime Achievement in Labor Economics, the 2005 University College Dublin Ulysses Medal , and the 2005 Aigner award from the Journal of Econometrics.

Edward Leamer is the Chauncey J. Medberry Professor of Management, Professor of Economics and Professor of Statistics at UCLA. He received a B.A. degree in mathematics from Princeton University and a Ph.D. degree in economics and an M.A. degree in mathematics from the University of Michigan. After serving as Assistant and Associate Professor at Harvard University he joined the University of California at Los Angeles in 1975 as Professor of Economics and served as Chair from 1983 to 1987. In 1990 he moved to the Anderson Graduate School of Management and was appointed to the Chauncey J. Medberry Chair. Professor Leamer is a Fellow of the American Academy of Arts and Sciences, and a Fellow of the Econometric Society. He is a Research Associate of the National Bureau of Economic Research and a visiting scholar at the International Monetary Fund and the Board of Governors of the Federal Reserve System. He is currently serving as the Director of the UCLA Anderson Forecast.

Dr. Leamer has published over 100 articles and 4 books . This research has been supported by continuous grants for over 25 years from the National Science Foundation, the Sloan Foundation and the Russell Sage Foundation. His research papers in econometrics have been collected in Sturdy Econometrics, published in the Edward Elgar Series of Economists of the 20th Century. His research in international economics and econometric methodology has been discussed in a chapter written by Herman Leonard and Keith Maskus in New Horizons in Economic Thought: Appraisals of Leading Economists.

Recent research interests of Professor Leamer include the North American Free Trade Agreement, the dismantling of the Swedish welfare state, the economic integration of Eastern Europe, Taiwan and the Mainland, and the impact of globalization on the U.S. economy. 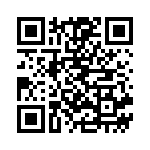