Strana 22
Nevertheless , he did employ it later in what was known as his " simplest
ophthalmoscope , ” which was nothing more than the method of illuminating the
pupil by direct light , discovered by Cumming and Brücke , supplemented by the
placing ...
Strana 24
... and he was followed , somewhat later , by Stellwag , and , still later , by
Mauthner . The earlier ophthalmoscopes , however , were ill - adapted to exact
optometric work , not only because they were provided 24 PRESIDENT'S
ADDRESS .
Strana 42
We also observed in this town that the contagion passed down General Lee
street , with one bound , to the distance of a square , passing in its journey a
house containing two non - immunes , only to return , a few days later , to this
very house ... 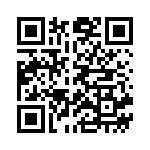