Lawrence Klein is an American economist and educator. He received the first Ph.D. granted in economics by MIT, in 1944, and taught at several colleges and universities before joining the faculty of the Wharton School at the University of Pennsylvania. His Nobel Prize was awarded for his work developing econometric models - computer simulations of aggregate economic activity - to forecast economic trends. Klein was not the first to work on econometric models, but he was the first to combine theoretical models with modern statistics and the power of modern computers on such a massive scale. His first model, designed when he was 24 and described in An Econometric Model of the United States, 1929--52 (1955), provides a concise and detailed account of the 20 equations that make up the model. The model gained fame when it correctly predicted that the U.S. economy would not slip back into depression after the end of World War II. Today, the model has over 1,000 equations, representing virtually all sectors of the economy; it is constantly being updated with new data as they become available. The model is used to forecast macroeconomic trends in output and unemployment, as well as industry-level outcomes, such as the production of steel or the demand for energy. Klein is not well known outside the profession because of the mathematical nature of econometric modeling. His work, however, is more accessible than might be thought. The general reader will find An Introduction to Econometric Forecasting and Forecasting Models (1980), a text dealing with forecasting objectives, resources and structure, model specifications, and appraisal of success, one of the least technical and best introductions to the topic. 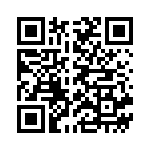