The radical enlightenments of Benjamin Franklin

As a writer, politician, diplomat, printer, philanthropist, scientist, and inventor, Franklin has been a figure of endless fascination for generations. In this intellectual biography, Anderson ... P°eĶĒst celou recenzi

Douglas Anderson is associate professor of English at the University of Georgia. He is the author of A House Undivided: Domesticity and Community in American Literature. 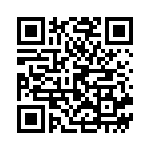