Strana 110
These films are set firmly in the present , away from the centers of power , in an
unstable and socially divided postimperialist and / or workingclass Britain , where
identities are shifting , fluid , and heterogeneous . The heritage films , on the ...
Strana 207
On the one hand , Thatcherism presented itself as a return to the values of an
earlier period in which Britain possessed the political and cultural power that now
belonged to the United States . Thatcher thus exploited and reinforced myths ...
Strana 281
C1 - 2 ) with the work of Britain ' s cinema of quality , past ( Lean , Powell , Reed ,
Saturday Night and Sunday Morning ) and present ( Hope and Glory , A Passage
to India ) . Stone accuses the " sick , ” pessimistic films of a " two - dimensional ... 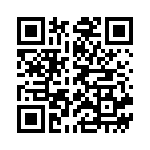