Strana 17
Marlowe uses this space in other plays, and Edward the Second contains moments, such as the barons' assault on Edward's castle at Tynemouth, which present opportunities ... The difference between king and subject has been eliminated.
Strana 18
“Saint George for England and king Edward's right!” (35), Edward shouts back. Marlowe also makes effective use of the stage's depth to dramatize the complex relationship between public and private spaces in the play.
Strana 22
Edward I reissued the Magna Carta in 1297, and Edward II was compelled early on in his reign, in 1310, to agree to a set of Ordinances that reaffirmed the Magna Carta and gave the barons the right to appoint the king's advisors.
Strana 23
Edward established the latter as Scottish king, in the process asserting English overlordship over Scotland. The Scottish rebelled and continued to do so throughout Edward II's reign, regularly conducting extended and extremely ...
Strana 24
... the history of Edward's reign considerably as he transferred it from the history books to the public stage. ... into the king's hall that stood without the walls, gave forth that he was son and right heir of king Edward the first, ...
DalĻŪ »

Mathew R. Martin is Full Professor in the Department of English Language and Literature at Brock University. 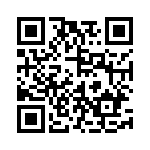