James Serpell is the Marie A. Moore Professor of Humane Ethics and Animal Welfare at the School of Veterinary Medicine, University of Pennsylvania, where he also directs the Center for the Interaction of Animals & Society. He received his bachelor's degree in Zoology from University College London (UK) in 1974, and his PhD in Animal Behavior from the University of Liverpool (UK) in 1980. He moved to his current position at the University of Pennsylvania in 1993. Dr. Serpell is the current President of the International Society for Anthrozoology (ISAZ). He serves on the editorial boards of most of the major journals on animal welfare, applied animal behavior, and human-animal interactions. His research focuses on the behavior and welfare of companion animals, the development of human attitudes to animals, and the history of human-animal relationships. In addition to publishing more than 70 journal articles and book chapters on these and related topics, he is the author, editor, or co-editor of several books including Animals & Human Society: Changing Perspectives (1994), The Domestic Dog: Its Evolution, Behavior & Interactions with People (1995), In the Company of Animals (1996), and Companion Animals & Us (2000). 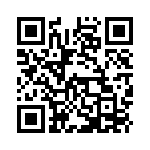