Strana 152
1 For my own part , I should believe that seven - eighths of the people are without
property in themselves or the heads of ... a part of the land - tax were to be
divided by seven millions , it would amount to more than three shillings to every
head .
Strana 167
The head was adorned with five huge boughs . On the bottom of the first was
written in capital characters Kate Cole , who branched out into three sprigs , viz .
William , Richard , and Rebecca . Sal Twiford gave birth to another bough that
shot ...
Strana 379
3 This story of Doll , an apple - woman , who , when the Thames was frozen over ,
was said to have had her head cut off by the ice , is humorously told in Gay's
Trivia : • The crackling crystal yields ; she sinks , she dies ; Her head , chopt off ... 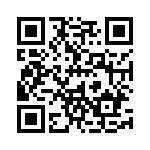