Strana 27 - The capitalist process, by substituting a mere parcel of shares for the walls of and the machines in a factory, takes the life out of the idea of property. It loosens the grip that once was so strong — the grip in the sense of the legal right and the actual ability to do as one pleases with one's own; the grip also in the sense that the holder of the title loses the will to fight, economically, physically, politically, for "his...
Objevuje se u 65 knih od 1920-2008.
Strana 30 - David M. Gordon, and Thomas E. Weisskopf, Beyond the Wasteland: A Democratic Alternative to Economic Decline. Garden City, NY: Anchor Press, 1984.
Objevuje se u 80 knih od 1948-2006.
Více
Strana 28 - But the dominant trends are unmistakable: deep divisions along race and class lines, an obsession with growth and acquisition and consumption, a headlong rush to the cities and the suburbs, diminution and waste of natural resources, institutional malfunctioning, abuse of political and economic power, increasing depersonalization, and a steady erosion of the sense of place, of community, of belonging.
Objevuje se u 6 knih od 1974-2005.
Strana 62 - For years, I thought what was good for the country was good for General Motors and vice versa.
Objevuje se u 73 knih od 1923-2008.
Strana 50 - What is the finest game? Business. The soundest science? Business. The truest art? Business. The fullest education? Business. The fairest opportunity? Business. The cleanest philanthropy? Business. The sanest religion? Business.
Objevuje se u 18 knih od 1963-2005.
Strana viii - ... expectation was that Fordism would spread southward and this would result in the "Americanization of Dixie." What happened instead was the "Dixiefication of America." The Southern model not only survived but became the way out of the 1970s economic crisis and the template for the Reagan revolution: "the economic development policies that we have implemented in the United States over the past three decades have taken on the characteristics of an up-to-date, modified version of those that have...
Objevuje se u 6 knih od 1998-2006.
Strana 28 - The South and the nation are not exchanging strengths as much as they are exchanging sins; more often than not, they are sharing and spreading the worst in each other, while the best languishes and withers.
Objevuje se u 10 knih od 1974-2005.
Strana 186 - The carrying into effect of these technological novelties was of the essence of that hunt. And even the inventing itself . . . was a function of the capitalist process which is responsible for the mental habits that will produce invention.
Objevuje se u 9 knih od 1950-2007.
Strana 47 - Robert W. Fogel and Stanley L. Engerman "The Economics of Slavery," in The Reinterpretation of American Economic History (New York: Harper & Row, 1971), Table 8.
Objevuje se u 24 knih od 1941-2006.
Strana 36 - China, both as a source of raw materials and as a market for finished goods. Guangdong exports a higher share of its manufactured goods than any other province— one-third. It consumes another third itself, leaving another third that is "exported
Objevuje se u 32 knih od 1877-2001.
Méně

STEPHEN D. CUMMINGS has been an independent analyst and researcher since 1988 and was previously a financial analyst for the California State Banking Department and a bank chief financial officer. He has worked with economic development organizations in southern California and sits on the Ventura County Revolving Loan Fund Board that assists businesses damaged by the Northridge earthquake. He has published The Ventura County Statistical Abstracts since 1990, and also published The Financial Characteristics of California Banks from 1987 to 1994. 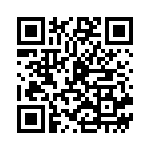