Adam Smith (16 June 1723 NS (5 June 1723 OS) – 17 July 1790) was a Scottish moral philosopher, pioneer of political economy, and a key figure in the Scottish Enlightenment. He is best known for two classic works: The Theory of Moral Sentiments (1759), and An Inquiry into the Nature and Causes of the Wealth of Nations (1776). The latter, usually abbreviated as The Wealth of Nations, is considered his magnum opus and the first modern work of economics. Smith is cited as the father of modern economics and is still among the most influential thinkers in the field of economics today. 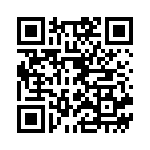