Strana 25 - Well then, said Mr. Ware, I will show you a little of my power. I command you to permit me to search your house for uncustomed goods ; and went on to search the house from the garret to the cellar ; and then served the constable in the same manner!
Objevuje se u 59 knih od 1803-2007.
Strana 31 - ... by passing them through the medium of a chosen body of citizens, whose wisdom may best discern the true interest of their country, and whose patriotism and love of justice will be least likely to sacrifice it to temporary or partial considerations.
Objevuje se u 360 knih od 1817-2008.

Andrew E. Taslitz is Professor at Howard University School of Law. He is the author of five books, including Constitutional Criminal Procedure and Rape and the Culture of the Courtroom (NYU Press). 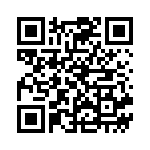