JEREMY BLACK is Professor of History at the University of Exeter. He is a wide-ranging and prolific historian whose fields include military, British, international relations, European, and newspaper history. 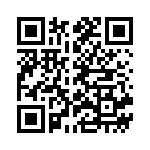