R. Hrair Dekmejian is Director of Graduate Studies in Political Science and Associate Professor of Political Science at the State University of New York at Binghamton. He holds a Ph.D. from Columbia University and is the author of Egypt Under Nasir. He has written widely on the themes of political leadership, international politics and the Arab-Israeli conflict in Orbis, Soviet Studies, Middle Eastern Studies, Middle East Forum, and Comparative Studies in Society and History. 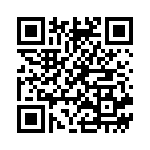