Scott was born in Edinburgh, Scotland, the son of a writer. As a young boy, he contracted polio and was sent to his grandfather's farm to recuperate. While there, he came to know and love the Border country, which figures prominently in his work. Scott began his literary career by writing metrical tales. "The Lay of the Last Minstrel," "Marmion," and "The Lady of the Lake" made him the most popular poet of his day. Sixty-five hundred copies of "The Lay of the Last Minstrel" were sold in the first three years, a record sale for poetry. His later romances in verse, "The Vision of Don Roderick," "Rokeby," and "The Lord of the Isles," met with waning interest owing to the rivalry of Byron, whose more passionate poetic romances superseded Scott's in the public favor. Scott then abandoned poetry for prose. In 1814 he anonymously published a historical novel, Waverly, or, Sixty Years Since, the first of the series known as the Waverley novels. He wrote 23 novels anonymously during the next 13 years. The first master of historical fiction, Scott wrote novels that are historical in background rather than in character: A fictitious person always holds the foreground. In their historical sequence, the Waverley novels range in setting from the year 1090, the time of the First Crusade, to 1700, the period covered in St. Roman's Well (1824), set in a Scottish watering place. Scott wrote novels covering every period of European history from the eleventh to nineteenth centuries, except the thirteenth century. Scott's last years were plagued by illness, yet in 1831 and 1832 he toured the Mediterranean aboard a government frigate. He died at Abbotsford soon after his return and was buried in the ruins of Dryburgh Abbey. 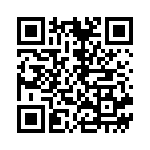