Anita H. Fábos is an anthropologist whose work focuses on refugees and the nexus of ethnicity, race and gender in the Middle East. In addition to conducting research together with Sudanese individuals and families in Cairo and elsewhere in the Sudanese diaspora, she explores livelihood and identity strategies for urban forced migrants, refugee transnationalism, and refugee narratives and the state. She is Associate Professor at Clark University's Department of International Development, Community and Environment, where she coordinates the graduate program in International Development and Social Change. 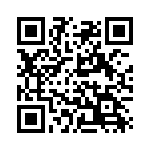