Richard Nelson won Britain's Olivier Award for Best Play for Goodnight Children Everywhere, and the Tony Award for Best Book for his musical James Joyce's The Dead. His plays have been widely produced in the U.S. and Great Britain. He is an Honorary Associate Artist of the Royal Shakespeare Company, and Chair of the Playwriting Department at the Yale School of Drama. 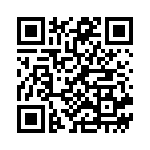