Roger B. Myerson is the W. C. Norby Professor of Economics at the University of Chicago. He previously taught at the Kellogg School of Management at Northwestern University (1976-2001). His teaching interests include decision analysis, probability modeling, game theory, mathematical optimization theory, social choice and formal political theory, and economics of information. Dr. Myerson has received a number of professional awards, including Guggenheim Fellow (1983-1984), Sloan Foundation Fellow (1984-1986), Fellow of the Econometric Society (elected 1983), Fellow of the American Academy of Arts and Sciences (elected 1993), and an honorary doctorate from the University of Basel (2002). His research interests include game theory, economics of information, and analysis of voting systems. 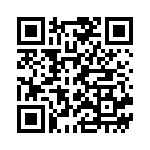