David Landes is Emeritus Professor of Economics and History at Harvard University and the author of The Wealth and Poverty of Nations (1998). 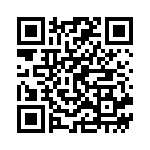