Tenzin Gyatso, His Holiness the Fourteenth Dalai Lama, is the spiritual and temporal leader of the Tibetan people. His tireless efforts on behalf of human rights and world peace have brought him international recognition. He is the recipient of the Raoul Wallenberg Congressional Human Rights Award, the Albert Schweitzer Award, the Congressional Gold Medal, and the Nobel Peace Prize.

ALEXANDER NORMAN first met the Dalai Lama thirty years ago. Since then he has collaborated wth the Tibetan Leader on several best-selling books, including the autobiography Freedom in Exile. He is the author of a critically acclaimed history of the Dalai Lamas, Holder of the White Lotus. In addition, he has served as a speech writer for HH the Dalai Lama and on the Tibetan leader’s Special Review Committee. He is President of the London-based charity Help Tibet. 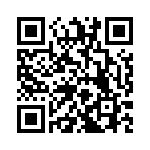