James Fitzjames is a mystery despite inherited assumptions about him. And the tale of third in command on the Franklin expedition by William Battersby explores that mystery with exquisite detail and ... Přečíst celou recenzi

William Battersby is a trained archaeologist and pilot who has analysed the Franklin Expedition and published important new research into it. He lives and works in London. 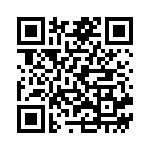