Jeanne Addison Roberts, a professor of Literature at American University, is the author of Shakespeare's English Comedy: "The Merry Wives of Windsor" in Context (1979), also published by the University of Nebraska Press. 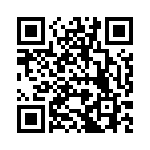