Leonard W. Levy was formerly Earl Warren Professor of American Constitutional History at Brandeis University. Since 1970, he has been at the Claremont Graduate School where he is Andrew W. Mellon All Claremont Professor of Humanities, and chair of the Graduate Faculty of History. In 1969 he won the Puliter Prie for his book Origins of the Fifth Amendment. He is also author of The Establishment Clause: Religion and the first Amendment; The Framing and Ratification of the Constitution; and Original Intent and the Framers’ Constitution. He currently lives in Oregon. 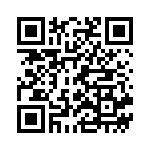