Strana 64
Some of them were probably real additions ; one of them is the speech about drunkenness , which is not in an antiquated style , and is likely to have been written , though not perhaps with the best taste , for stage effect , to make the ...
Strana 72
One passage , at least , which approaches to the style of All's Well that Ends Well , the speech of Hamlet after meeting the Captain , is not in the first edition , 1603 . The verse in the latter part is entirely in the later , but not ...
Strana 76
It is in a more advanced style of metre than that play ; see particularly , the speech of Jaques about the Fool , Orlando's speech , ' If you have , ' etc. Double endings not unusual . Rhymes at the end of speeches occur . 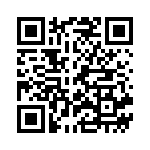